Chelsea is studying Certificate III in Engineering (Mechanical) and is Hosted to Fonterra Cobden.

This is the second award in 2 years at these awards that Chelsea has received.  Congratulations Chelsea – very well deserved! 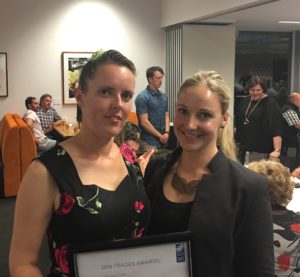